What Are Microplastics And Why Are They Harmful?

Home > Resource Centre > Recycling > What Are Microplastics And Why Are They Harmful?

Microplastics, despite being less than a few centimetres in size, are clogging up our ecosystems. This, together with the build up of larger plastic debris, can have an incredibly harmful impact on the environment. But what are microplastics and how can we limit our use of them? 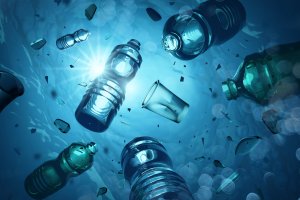 According to the National Ocean Service (NOAA), microplastics are “small plastic pieces less than five millimetres long which can be harmful to our ocean and aquatic life”. Unfortunately, plastic is the most common type of marine debris, coming in all shapes and sizes, even those which are less than 5mm long.

Microplastics can be found in toiletries, and even shed from our clothes while they’re being washed. Despite being ‘micro’, their effects on the environment are just as damaging as larger pieces of plastic debris floating in our oceans, particularly when there’s a considerable build-up of microplastics. All plastic – regardless of the shape or size – will take around 450 years to decompose.

Microplastics are classified into two separate groups – primary and secondary:

Secondary microplastics – these plastic fragments were created through the process of degradation. This is when larger pieces of plastic are broken down over a considerable period of time and therefore release microplastics into the ecosystem.

Where Do Microplastics Come From?

Where some microplastics can be found in body exfoliants and materials such as fleece, others come about through the process of degradation.

Degradation – a chemical process which leads to the breaking down of polymers. The integrity of the plastic depends on molecular weight, however, degradation will eventually weaken the plastic, causing it to eventually break away from the main body. Often, these pieces are invisible to the human eye and are therefore considered to be microplastics.

Despite this, these tiny pieces of plastic will still undergo further degradation. The carbon (found in the polymer) will then be modified to become carbon dioxide, which will eventually find its way into the marine biomass.

Why Are Microplastics Harmful To The Environment?

Due to the size and scale of microplastics, they often find their way into natural ecosystems, having detrimental effects. A scientific review published by the European Union’s Scientific Advice Mechanism stated that microplastics can now be found in every part of the environment.

Problems caused by microplastics being present in ecosystems:

How can we reduce our use of microplastics?

In order to minimise the amount of microplastics which end up in the ecosystem, we must change our habits and take action to prevent more microplastics being released into the environment.

The ways we can limit our use of microplastics:

Hinton’s Waste is a leading waste management company who are dedicated to the safe and responsible disposal of the waste material we collect. We’re entirely committed to maintaining our environmentally-friendly services and practices, ensuring nothing is sent to landfill. With our specialist recycling facilities located throughout Croydon, Sutton and London, you can rest assured that your waste will be disposed of sustainably. For more information about the services we offer, including skip hire, grab hire and waste and junk clearance, get in touch with us either online or by phone.