No Deal Brexit – The Effects On Waste Management

The ongoing uncertainty surrounding Brexit has left the country wondering what might happen in the event of ‘no deal’. If the UK leaves the EU without a deal, and thus without solid plans or clear guidance and assurances following the departure, then this throws up a host of concerns. A major concern that has recently come to the surface is the effect of a no-deal Brexit on the waste management industry — and that’s what we’re looking at in this article. 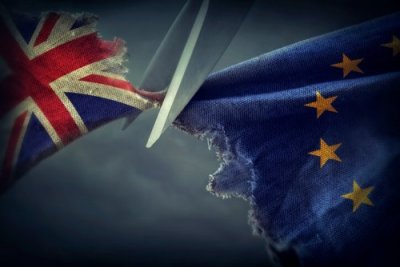 The main issue, as reported by The Guardian and by the Environment Agency (EA), revolves around the waste export arrangements between the UK and mainland Europe.

If the UK does come to an agreement with the EU regarding Brexit, then it’s likely that waste export arrangement will stay largely the same. Without a deal, however, the country faces a swathe of delays, which will impact waste management companies across the country.

A no deal Brexit will likely mean that waste exporters in the UK will need to apply for permits to export waste to the EU. Current export licences would be invalidated as soon as the UK leaves the EU without a deal, leaving waste management companies stranded and scrambling for a solution.

The feared impact of this is an environmental one: with stockpiles adding up, waste won’t be as contained and could pose a pollution risk.

A secondary effect also involves livestock exports to the EU. Farmers could end up overstocked, unable to export lamb or beef products, leading to issues with animal slurry storage capacities. This will effect landspreading — returning organic matter to the soil — putting further pressure on farmers who will require rapid, effective solutions.

The initial fears as reported by the EA were based on the lack of a deal following the original Brexit date of 29th March. Now, with Brexit pushed even further back, the chain of uncertainty gets longer. It’s impossible to predict the effect of the delay. Of course, imminent export license issues were avoided, but there’s no telling how this will translate should a no-deal Brexit be a similarly realistic prospect come 31st October.

It is hoped that, during this delay, the government would be able to make potential headway with either the EU or other countries to alleviate the potential consequences on the waste management industry, but this is not a certainty.

The sustainability and protection of the environment should always be a priority. The examples given in the initial report earlier in the year were said to be ‘real possibilities’, and while Defra was in the process of making alternative arrangements to avoid these drastic consequences, a further Brexit delay could mean a complete reset on the issue.

At Hinton’s Waste, we work throughout Sutton, Croydon and the wider London area providing efficient recycling and waste management services, as well as reliable skip hire, to domestic and commercial clients. With our in–house recycling centre, we aim to recycle at least 90% of the waste we collect. To find out more about our services, simply contact us today.

← A Guide to Recycling in Croydon | What Is A Waste Transfer Station? →