Fly Tipping And The Law

Posted on 6th September 2019 by Hintons

Fly tipping, as well as being illegal, is a public nuisance. It can turn seemingly tidy and welcoming neighbourhoods into unattractive and rundown areas. In addition to this, it can also cause unpleasant smells and attract pests and vermin, including rats and flies.

In 2014, statistics from Defra showed that there were 900,000 cases of fly-tipping in England that were handled by local authorities – a 5.6% rise on the previous year. Littering alone costs the taxpayer between £717m and £850m a year to clear up.

In this article, we’ll be detailing exactly what fly tipping is, what to do if your land has been fly-tipped on and the penalties for fly-tipping should someone be caught doing it. 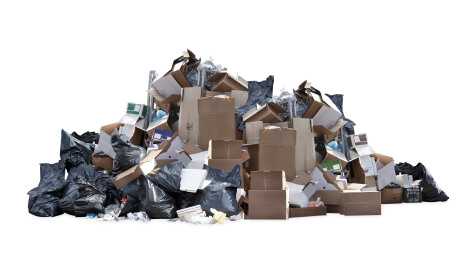 What Is Fly Tipping?

Fly tipping is the illegal dumping or disposal of waste by those who do not hold a valid licence to do so. Often, fly tipping occurs in quiet, unauthorised areas where the perpetrators are less likely to be seen or caught.

Is Fly Tipping An Offence?

Yes, fly tipping is an offence. Under the Environmental Act 1990, someone who commits this crime can be prosecuted, whether disposing of commercial or domestic waste. According to the law, a person would be fly-tipping if:

What To Do If Someone Has Fly Tipped On Your Land

If you find that a fly tipping offence has been committed on your land, it is your responsibility, as the landowner, to safely dispose of the waste and pay the costs associated for doing so. However, there are a few things you must do both before and after you deal with the abandoned waste.

What Is The Penalty For Fly Tipping?

Prosecution for fly tipping is enforceable by the Local Authority and Environment Agency under the Environmental Protection Act 1990. Depending on the severity of the offence, those committing the crime could end up in prison for up to five years, or be issued with a fine of up to £50,000.

Less severe fly tipping offences can land the perpetrator in prison for up to 12 months or they will be made to pay the cost of waste removal. Some may be given a fixed penalty of £100, mainly for household fly tipping. This fine can also be given to homeowners who fail to observe local bin collection days, thus leaving waste to accumulate unnecessarily.

Businesses can also be fined for fly tipping offences. For example, a business that has failed to register themselves as a licensed waste carrier will be made to pay a fine of £300 and served a Fixed Penalty Notice.

If a company breaches its responsibility to dispose of waste safely and responsibly, they could be given a fine of up to £5,000. Repeat offenders may have the use of their vehicles highly restricted to prevent them from committing the offence again.

How To Prevent Fly Tipping On Your Land

Unfortunately, the responsibility to clear the land lies with its owner. To prevent offenders from fly-tipping on your property, follow these simple steps:

If you’re in need of a fly tipping clearance service, look no further than Hinton’s Waste. With a member of our specialist and trustworthy team at the helm of our operations, we will always deliver prompt and reliable service every single time. For more information about fly-tipping clearance, skip hire or other waste management solutions we provide, get in touch with us today – we operate throughout Croydon, Sutton, London and the surrounding areas.

← What Happens to Your Skip Waste? | Importance Of Using A Registered Waste Carrier →